The new vaporizer that could shake up the e-cigarette world!

Tobacco companies have not been the biggest supporters of the recent popularity of e-cigarettes.

A key reason being the new industry could have a major effect on the sales of tobacco as more and more smokers turn to e-cigarettes and electronic vaporizers to kick the addictive habit.

Tobacco companies have managed to dominate the market for over 100 years with minimal opposition.

Another reason they have not been quick to jump on the e-cig bandwagon could be the fact there has not been much research into the health risks of these new devices. Tobacco companies should take responsibility to protect their customers but as history has told us, they have never had customer well-being on the top of their priority list.

In the 1930's and 1940's smoking tobacco became the norm amongst both men and women. Many doctors and physicians even smoked themselves. At the same time, there was rising public anxiety about the health risks of smoking cigarettes.

One strategic response of tobacco companies was to devise advertising referring directly to physicians. Ad-campaigns featuring physicians smoking developed through the early 1950s, allowing tobacco company executives to use the doctor image to manipulate the consumer into thinking that their respective brands were safe to smoke. 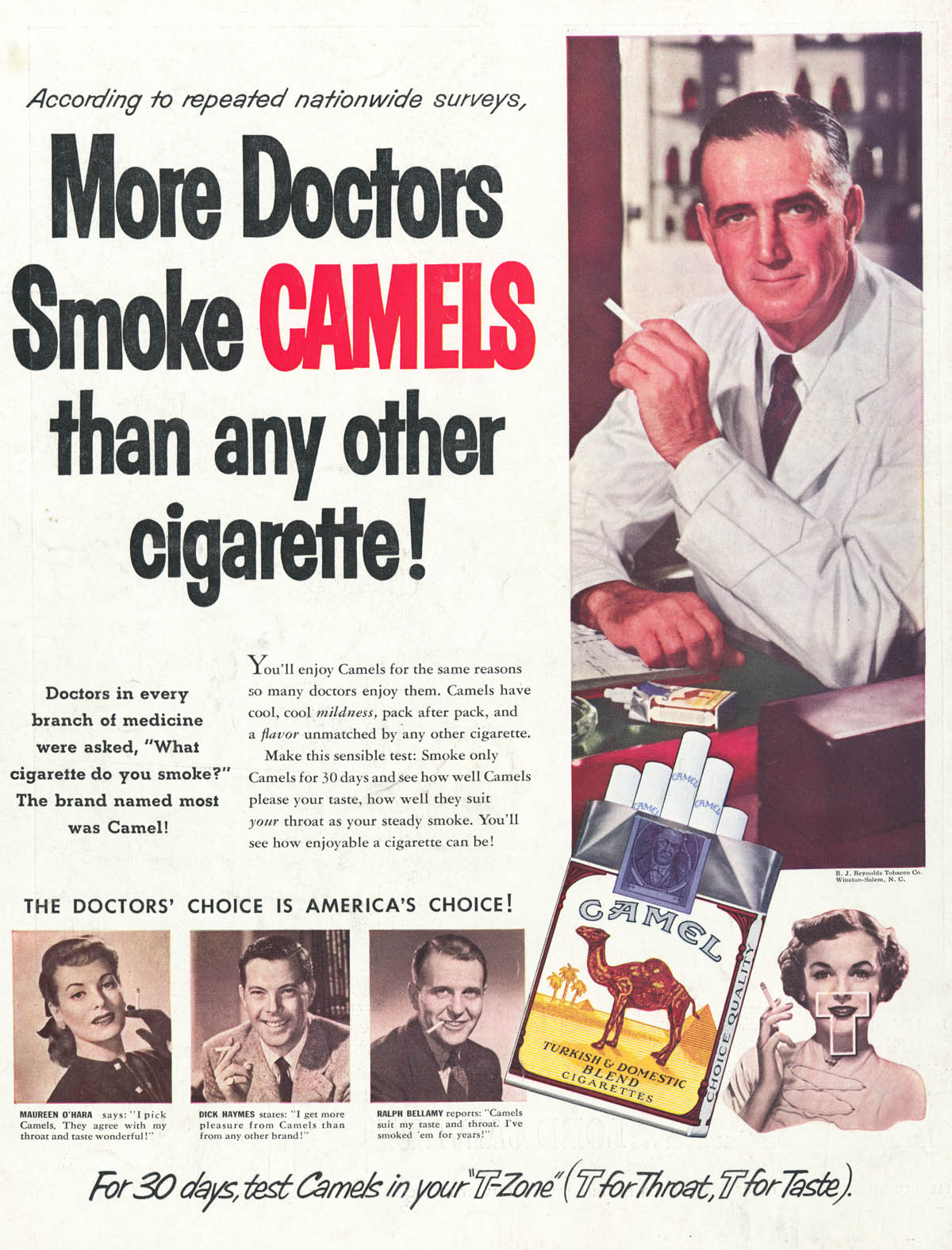 In 1946 The RJ Reynolds Tobacco Company ran a new campaign on the memorable slogan “more doctors smoke Camels than any other cigarette.” What wasn’t made clear to the public at the time was the fact that most of the doctors surveyed for this campaign were given complimentary cartons of Camels for taking part.

To me, this suggests the reason they have not invested in the new trend of e-cigs may be because they cannot find a way to mould this industry to their current business model and are therefore unsure how they can maximise profits while selling e-cigarettes because many users can mix their liquids at home. This removes an element of control they have always had. 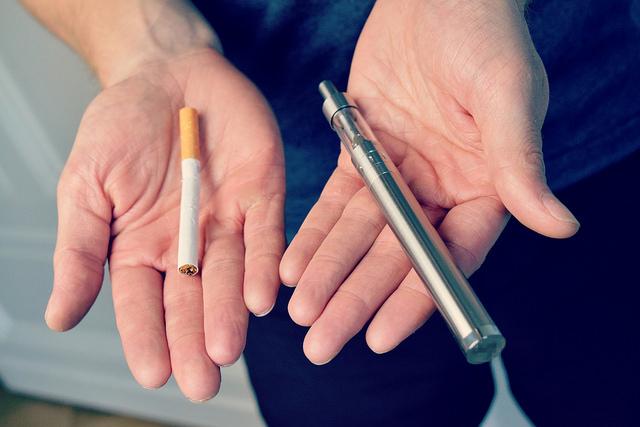 Although some have made the move into e-cigarettes, many tobacco companies have tried to block the e-cigarette and vape juice industries growth by employing tactics to try and shut it down. It appears the vaping phenomenon is here to stay and now big tobacco want to secure their place in the market.

Phillip Morris are one of the biggest tobacco companies in the world. The giant corporation are responsible for Marlboro, Benson and Hedges and many other popular brands of cigarette. On Tuesday, Phillip Morris submitted an application to the FDA seeking approval for its new tobacco vaporizer, called the iQOS which is effectively a dry herb vaporizer which works in the same way as popular vaporizers such as the Pax 2. The only difference is it takes small replaceable tobacco leaf cartridges shaped like regular cigarettes called “heat sticks” which will last around a dozen puffs.

This is a clever move from Phillip Morris by using the dry tobacco method rather than use a propylene glycol solution means if the vaporizer is a success Phillip Morris will still be able to gain revenue even after the sale of the device due to the demand of the “heat sticks” which will retail for around $6 a packet.

The iQOS is already being sold in a number of foreign markets, including Japan where it has alreadycaptured nearly 2.4 percent of the market there. With Phillip Morris' brand perception and marketing power, they could make a serious impact on the US and UK vaporizer markets.

Could this mean Phillip Morris are moving into the medicinal marijuana market? Only time will tell…